As part of their continuing efforts to maintain the “bond that ties,” graduates of the Values Orientation Workshop (VOW) recently conducted a Local Study Tour in Marikina City.

The activity was aimed at exposing the graduates to outstanding local government units (LGUs) practicing productivity, professionalism in public service. 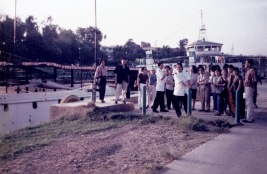 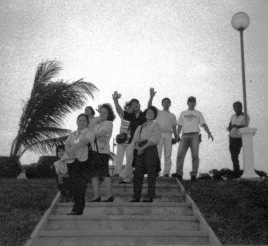 VOW Batch 3 President Rom Cumagun Broadcast Media Dept. who spearheaded the activity says, “Marikina was chosen because of their proven credentials in the area of excellent local governance and was highlighted in a discussion on how and why the Marikina administration was able to transform the once sleepy municipality into a disciplined, active and industrialized city.”

The activity was also an opportunity for the VOW graduates to present TLRC’s programs and services including the center’s new flagship program ASAHAN.

In line with the Center’s new thrust in industry development, the group also discussed the present tie-up between TLRC and Marikina on the shoe industry development. They reiterated the need to technologically develop and aggressively promote the industry in view of the implementation of GATT-WTO.

As a whole, the study tour served as an effective tool to inspire the 24 VOW graduates who participated in the activity to work towards greater productivity.

“What the Marikina government has done to transform their community could serve as a challenge for us to do better,” says one VOW participant referring to the values learned in the VOW seminar should  be practiced in their respective work areas.

PROJECT LEADER ITDI – GREEN COMPOSITES - Marissa A. Paglicawan gives an Overview of Green Composites in the Philippines during the launch of Tryk ni Juan

PRESIDENT, KIMS SOUTH KOREA - traveled all the way from Korea just to witness the launching of Tryk ni Juan.

BICOLANA TAGUIG MAYOR: ABACA IN BOTH HOMES - she expressed her elation of having the opportunity to be practicing charity in both of her homes Albay & Taguig

THE WORLD’S HANDSOMEST TRICYCLE - has a roof made of abaca fiber, its driver is a Filipino... TRYK NI JUAN

No, Not Gangnam Style - was the music played to recognize Korean-Filipino science research collaborations

Lupang Hinirang Stakes Abaca Fiber - as if the Philippine national anthem's marching tune and patriotic lyrics all work together to stake aspirations.

ITDI Chorale Opens 115th Anniv – Power of Your Love - most fitting song for the gathering's invocation, express deep gratitude to the power that brought about a century pump priming S&T 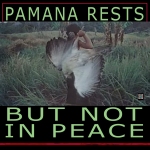 PAMANA RESTS BUT NOT IN PEACE - Philippine eagle, Pamana has been shot dead two months after being released back into the wild. Perpetrators seem not convinced about what conservationists say: "to kill the Philippine eagle is to kill a fellow Filipino."

ph legislators: Marinduque still suffers from Mining - Philippine legislators acknowledged that Marinduque is still suffering from the effects of the Marcopper toxic spill nearly two decades ago by passing House bill on 2nd reading banning mining in the province.