(IF YOU PREFER TO SKIP THE ARTICLE AND GO STRAIGHT TO VOTE FOR advertisingandromcumagun.wordpress.co, CLICK HERE.)Once you reach Bloggys voting page, scroll down and select advertisingandromcumagun.wordpress.com. You will be required to input email add and to vote using using your facebook profile. For friends who don’t have a facebook profile, please open one because having one is very useful in these modern times.

Thanks to Bloggys and its Jury for blogrolling blogosphere Philippines! Because of its efforts, blogging in the country gets its much needed boost.

Two thousand six hundred and ninety three bloggers entered Bloggys 2015. Out of which, Bloggys trimmed down the nominations into 17 topic categories with 1,026 finalists blogs. Bloggys has announced that these blogs are now open for the public to vote until October 31, 2015. Results will be announced on November 21. 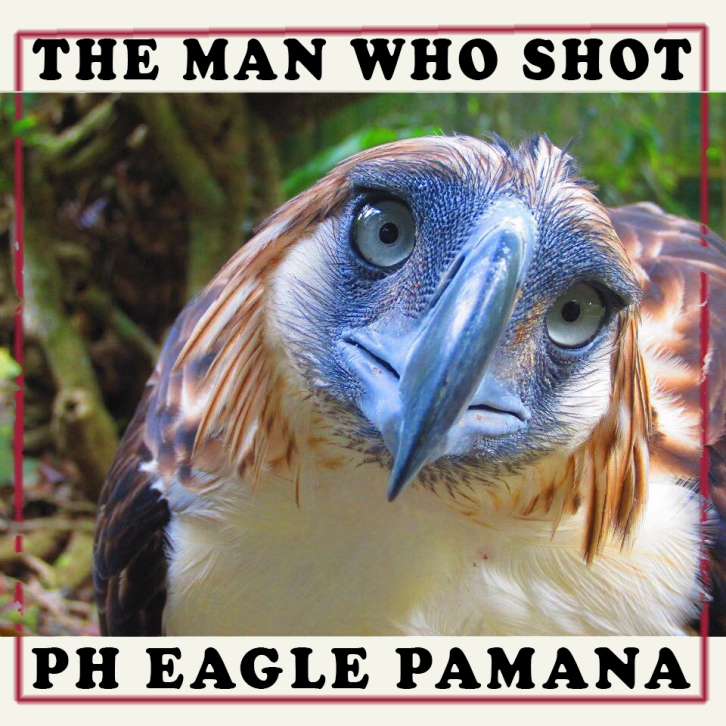 has been included in the list of finalists under Business and Finance Category.

The publisher, Rom Cumagun, whose goal is

requests his current and would-be readers alike to vote for his blog. He thanks everyone in advance for supporting his cause. PLEASE CLICK TO EXPRESS SUPPORT FOR FINANCIAL LITERACY FOR FILIPINOS…

if you wish, you may comment on this post after voting, to say you have voted so the publisher can thank you personally. 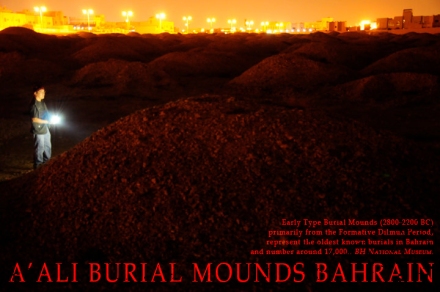 Less than one day (today) left to nominate your favorite blogs! http://bloggys.ph/nomination-process/

Less than one day (today) left to nominate your favorite blogs!

To put it simply, #bloggys2015 is a nationwide blog awarding event in the Philippines. It continues the legacy of recognizing Filipino bloggers through a variety of niches and industries across the nation.

I would like to invite everyone to take part in making history. Whether you’re a seasoned blogger, student, call center agent, teacher, government employee, street sweeper, journalist, TV reporter, traffic enforcer  – you’re welcome to nominate your own or someone else’s blog.

This is going to be one big hunt for the best bloggers in town! =)

Less than one day (today) left to nominate your favorite blogs! https://t.co/l4vwZso0Di pic.twitter.com/050NOBQzdX

We would like you to check out the stellar cast who will judge for this year’s blog awards. They’ll be spending their time to check out the bits and pieces of the finalists. http://bloggys.ph/meet-the-jury/

Multi-awarded digital marketer and emarketing expert — At such a young age, Dr. Donald Patrick Lim has already claimed his spot in the upper echelon of the Philippine marketing industry. His track record includes stints with McCann Worldgroup Philippines (as chief innovation officer) and MRM Manila (as managing director).

He was also previously at the helm of Yehey! Corporation and Media Contacts Manila, serving as President and CEO in both companies.

He is considered to be one of the founding fathers of Philippine digital marketing and is a recipient of various prestigious awards here and abroad. Some of the most notable awards he has received are the World Economic Forum’s 2015 Young Global Leader award, the Philippine Marketing Associations’ Agora Award for Marketing Communication, and the World Brand Congress’ Digital Leader of the Future award. Dr. Donald is also listed as a Certified Professional Marketer, one of only 24 here in the Philippines.

Founder and CEO of Rappler

International journalist and social media journalism advocate – Strong and fearless is how Maria A. Ressa is perceived by the public. Understandably so as she spent almost 2 decades as a CNN lead investigative reporter who dared to dig into the subject of terrorism in the Southeast Asian region.

Locally, Maria spent over 5 years leading ABS-CBN’s team of journalists in a strategic and timely move towards incorporating new media and technology into conventional broadcasting.

A firm believer that media is indeed an agent for social change, Maria continues her advocacy by setting up and managing Rappler, Philippines. This social news network makes use of a unique mood navigator that puts “heart” into the news. Through Rappler, Maria promotes responsible citizen journalism and crowdsourcing.
…top

Jet-setting ecommerce educator – Janette Toral definitely does not have any qualms with sharing her knowledge and expertise on ecommerce. She has been doing training and consultancy work on ecommerce, digital campaign, blogging, and other relevant online activities since 1997.

Aside from managing DigitalFilipino.com, and travelling the world to get closer to her audience, Janette also works closely with groups that push for policy and legislation in the areas of ecommerce, consumer protection (specifically for online transactions), data privacy, and access to electronic payment facilities among others.

Janette is the founding president of the Philippine Internet Commerce Society. She has received various awards and citations here and abroad including the Globe Tattoo Digital Elder Award and the Champion of Philippine Internet and eCommerce Hall of Fame Award from the Asian Institute of E-Commerce in 2009 and 2010 respectively. She was also named as one of the 6 women innovators featured at the APEC Women and Economic Summit held in San Francisco, USA in 2011. In 2013, Janette launched the Digital Influencer Boot Camp, giving more access to digital marketing learning online.

Blogging technopreneur – Way back when blogging was not yet mod, Abe Olandres has already made his presence felt in the blogosphere. Yuga, as he is fondly referred to, is the owner of Yugatech, the Philippines’ number one tech blog.

His extensive professional blogging experience as well as his reputation as a technopreneur and internet advertising consultant were keys to his appointment as country manager of NuffNang PH, the Philippine operations of the first and leading blog advertising community in the Asia Pacific region.

Mr. Yuga also owns Yugadeals.com. He was also part of blogging and internet marketing initiatives such as the Philippine Blog Awards and the Search Engine Marketing Conference (SEMCON), as a co-founder in both events.
…top

Anton has visions of expanding his blog to cover not only Philippine discoveries but Asian food and destinations as well. He also fed his foodie pangs by founding weekend markets around the Metro, starting with the Mercato Centrale at the Bonifacio Global City right down to Cucina Andare which is the first food truck market in the country. Anton’s business sense earned for him the recognition of being named as the Inspiring Young Filipino Entrepreneur in 2010 by Go Negosyo.

To her credit are the online campaigns of top local brands as Alaska, SM Affiliates, and Rebisco as well as international brands like Google, Levi’s, and VISA.

Cristel views digital marketing as a sea of endless possibilities and uncharted territories waiting to be discovered and explored. This youthful and adventurous outlook allows her to look at opportunities from fresh perspectives.
…top

Accidental (but not unwilling) advertising professional – In his over 25 years of experience in the advertising and communications industry, Eduardo Mapa has gained extensive experience in the areas of creative work, public relations, digital services, and media. Before being appointed as Digital Arts Network Manila’s CEO, he held various positions with the Global Havas Network.

He was also the one who launched Havas Media Ortega in the Philippines.

Among the milestones that Ed counts as most notable is the time when served international jury duties at the 2014 Cannes Lions Festival. He sat as a media jury in a panel that was tasked to choose two entries to send to the 2014 Young Cannes Lions. He also admits to loving the challenge of building winning teams.

Marrying analytics and marketing – The popularity and traffic of AyosDito and online marketplaces Zalora and Lazada are largely due to the work of Mannix Pabalan. He is recognized in the industry as one of the most experienced in the area of PPC. He has helped hundreds of companies with their PPC campaigns for over 15 years.

Mannix prides himself for training his own PPC experts at Hashtag Digital. He also shares his craft with hundreds of other online marketing professionals in speaking engagements, seminars, and conferences. He helps online marketers successfully merge meticulous analysis with marketing savvy.
…top

Creative strategist – Two decades in the marketing and advertising industry has definitely yielded a long list of accomplishments for Norman Agatep. Now the chief creative officer of Havas Worldwide Manila, he has worked on the marketing and communications strategies of top brands like Hershey’s, Coppertone, Procter & Gamble and McDonald’s.

Aside from advertising, his expertise also extends to digital media and public relations.

Helping Start Ups – Jojy Azurin definitely knows his way through the ins and outs of starting (and selling) businesses. He has co-founded a number of companies, helping entrepreneurs secure funding and set up operations. He continues to bring businesses and service providers today as the co-founder of Horsepower.ph.

He also served as the regional director for Continental Asia of Freelancer.com.

Jojy graduated from the University of the Philippines on a full scholarship in BS Mechanical Engineering. He then took MA Economics units at the University of Asia and the Pacific. While he was accepted in the Stanford University’s PhD in Engineering-Economics Systems Program, he opted to take another route in his career towards the IT industry.
…top

Bringing the global workplace to the Philippines – Providing a marketplace for professionals and businesses is what oDesk and eLance are all about. Ron Cirujano takes the helm as the country manager of these two companies in Upwork’s Philippine operations. In this post, he brings with him over a decade of marketing experience.

Ron previously worked for another international company, taking care of their global online campaigns. His expertise lies in the area of social media marketing, pay per click advertising, and search engine optimization. He is a graduate of San Beda College’s Business Management and Entrepreneurship program.

CEO and SEO Director of SEO-Hacker

Inspiring SEO and blogging coach – He does not have just one or two blogs, Sean Si has several blogs that cover a whole range of topics from entrepreneurship and management to personal growth and his relationship with God. He also goes around the country to speak about blogging, social network marketing, and SEO.

As founder and editor-in-chief of SEO Hacker, Sean uses his expertise in helping others ride the wave of internet marketing success.

Sean writes himself as a simple guy with ordinary interests. His popularity as a motivational resource speaker and business management coach, however, is testament to the extraordinary way he touches the lives of those he reaches out to.
…top

Cyberspace law expert – Atty. JJ Disini takes his focuses his legal expertise on issues in cyberspace. He leads the pack of Philippines’ information and technology legal luminaries. He is known for his participation in the drafting and eventual implementation of the eCommerce Act (RA #8792) and the Rules on Electronic Evidence.

JJ is also known as the first lawyer to be part of the Philippine Internet Commerce Society (PICS). He earned his law degree with a Dean’s Medal from the UP College of Law. He went on to earn his Masters of Law LLM degree at the Harvard Law School.   He pays it forward by passing on his expertise to students at the UP College of Law. He also shares his knowledge in legal forums and TV programs that tackle issues on ecommerce and cybercrime among others.

Currently the editor-in-chief at Inquirer.net and opinion columnist/associate editor at the Philippine Daily Inquirer, John Nery is a highly-acclaimed and multi-awarded investigative journalist. Among the top awards he has received are a Louie Prieto Grand Prize, Catholic Mass Media Award, and Jaime Ongpin citation – all for investigative journalism.

He authored Revolutionary Spirit: Jose Rizal in Southeast Asia, a book published both in Manila and Singapore. He also edited two award-winning books:Unholy Nation and Into the Mountain.

Christian Journalist – JM Nualla is a Manila-based journalist and producer who currently works for one of the leading broadcast news organizations in Asia, CNN Philippines. He has also been a segment producer in GMA News Special Assignments Team which produces special reports, multimedia features and investigative reports for GMA.

He is an advocate of responsible and progressive journalism. JM earned his Bachelor’s Degree in Broadcast Communication from the Polytechnic University of the Philippines (PUP). He is also an MA Journalism fellow at the Konrad Adenauer Asian Center for Journalism.