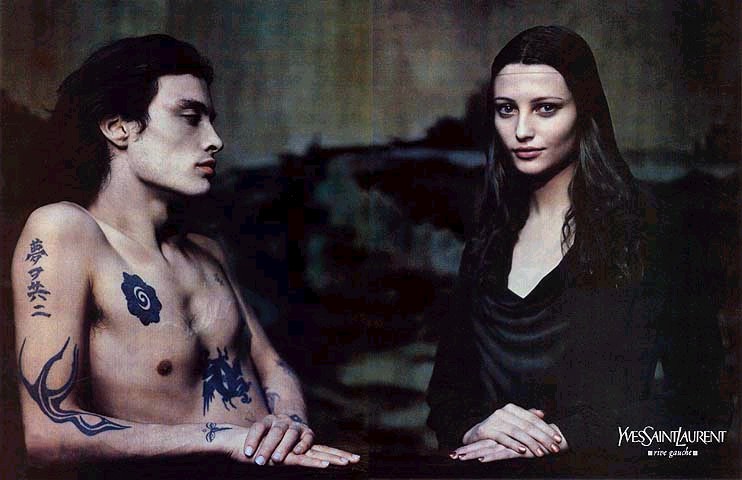 I would like to share the Spring/Summer 1999 Ad Campaign of the clothing label, Yves Saint Laurent (YSL), because it can serve as an example of how art can be an inspiration and an influence for fashion as well as advertising. This ad campaign is now part of the archives of the brand and is now considered a classic.

Le Déjeuner sur l’herbe / The Luncheon on the Grass

Unknown Artist from the School of Fontainebleau, c. 1594

(also known as The Toilet of Venus, Venus at her Mirror, Venus and Cupid, or La Venus del espejo)