fill your mind with positive thoughts! 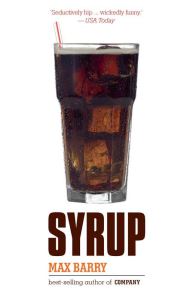 “Consumers doesn’t care about what’s new. They just want the same old thing but has a different label on it.”  (The product is just syrup and water and everything else is marketing)

Syrup is a novel by Maxx Barry which  gives you rapid information on what’s happening inside and out the mad world of advertising. The main protagonist of the story is a young marketing graduate named Scat as he come up with an idea for a new product for Coca-Cola called ‘Fukk’. He gave a new meaning to the old saying “sex sells”. He later on joined and experienced the ups and downs in the world of marketing and advertising. In 2013, it was adapted into a motion picture starring, Amber Heard and Siloh Fernandez.